Walton Cross is hard to find despite being a Grade II* listed scheduled monument of national importance. It's a carved square block of stone, which is on high ground on a footpath at the west side of Windybank Lane, Hightown. The carvings suggest it was made in the late AD 800's or early AD 900's .It's thought to have been the base of either a Celtic or Norse-style preaching cross. It may also have been a waymarker. Standing about 5 metres tall, it would have been a noticeable landmark from miles away in every direction. The stone is just behind the wall at the left of the banner photo, which shows long-distance views up the Calder Valley. The close-up photo below shows the interesting carving on the stone. 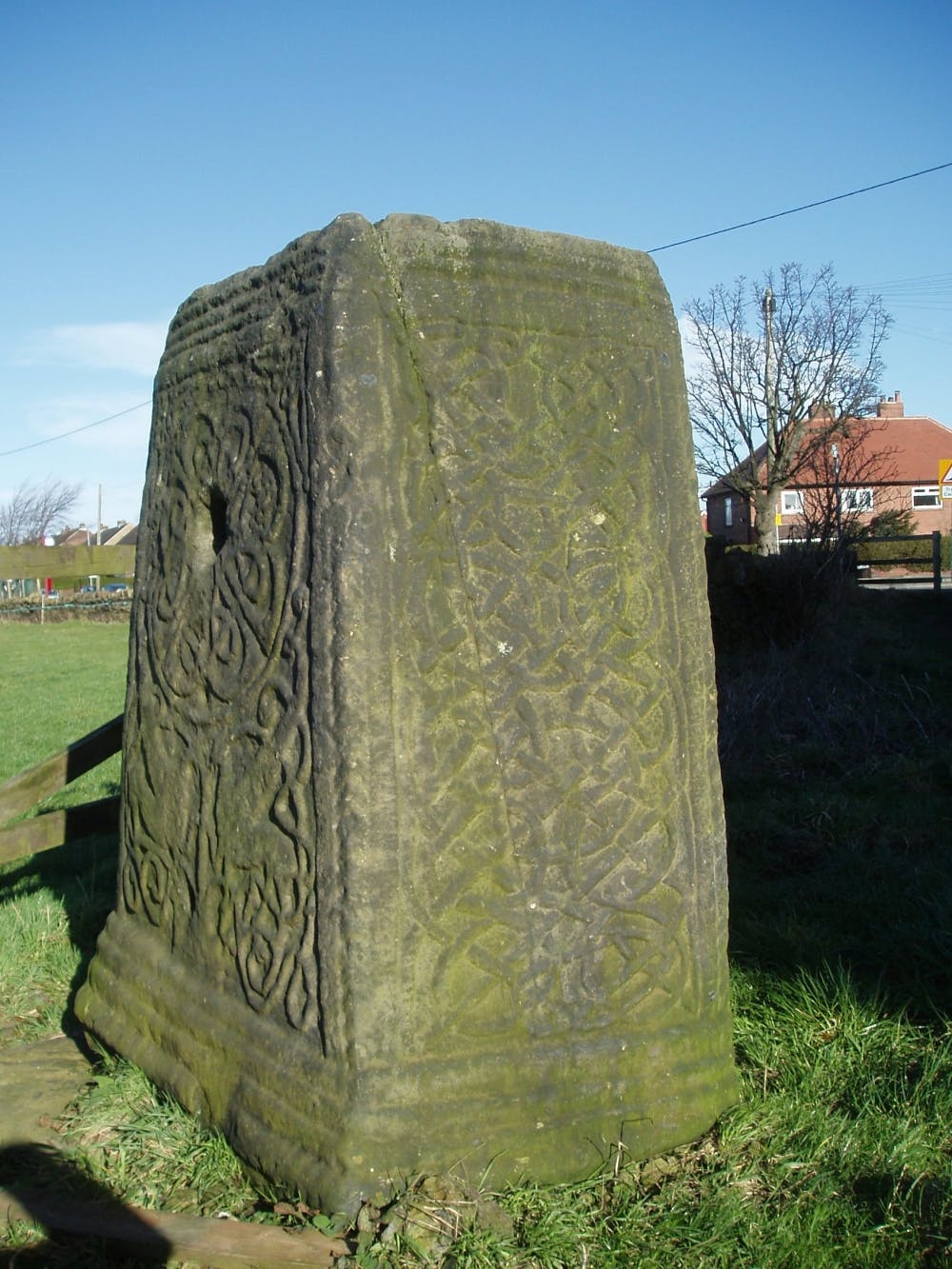