During the night on 12th April 1812 hundreds of Luddites marched silently to William Cartwright's Mill, by the River Spen at Rawfolds. Their aim was to destroy new cropping machines which mill-owner Mr Cartwright had installed. These machines could do the work of 4 croppers working by hand with huge heavy shears, and were robbing the croppers of their livelihoods at a time when to be out of work meant starvation or the dreaded workhouse. The mill was well-defended and the attack failed. 2 Luddites died of their wounds, several were injured, and 8 were later hanged at York.

William Cartwright was hated because of his modern machinery, and his mill was damaged during the attack. One of the soldiers drafted in to defend the mill refused to fire on the Luddites because he said he could be killing his brother. The soldier was sentenced to 300 lashes. The court ordered that the punishment be carried out at Cartwright's mill, in public. After 20 lashes the soldier was bleeding heavily. William Cartwright intervened and stopped the flogging, saving the solier's life.

The photo above shows Cartwright Street in the 21st century with a bridge over the River Spen. 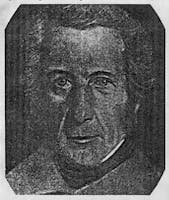 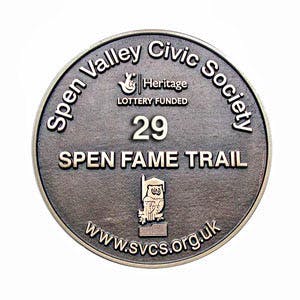