Spen Valley narrowly avoided a rail disaster on 22nd June 1928 when seven coal wagons smashed through buffers and crashed off Westgate railway bridge onto a butcher's shop, completely demolishing it. The only casualty was Tom Fox, a wire drawer by trade, who was slightly injured. Half an hour earlier the road had been busy with people going home from the Picture House cinema in Albion Street. See a bench, metalled illustration and a detailed plaque by the side of the bridge at the corner of Westgate and Tofts Road Cleckheaton. The railway was a casualty of Dr Beeching's cuts: the bridge now carries the Spen Valley Greenway over Westgate. 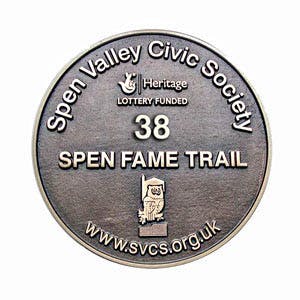