Heckmondwike company Goliath (formerly CWS Boot Company) started in 1880 and used to make football boots for the wizard of dribble and footballing legend Sir Stanley Matthews. He had an illustrious career with Blackpool, Stoke City & England. Every year Sir Stanley went through several pairs of Goliath's special light boots which made him quick on his feet. He visited the factory to see how they were made and met the workers. He put his name to a special brand of boot made at Goliath's. You'll find plaque 23 outside the original factory at Brunswick Street Heckmondwike, a large stone mill building which has now been converted into flats and houses (pictured).

Goliath Footwear Ltd still produces specialist boots for industry and outdoor use and is still in the Spen Valley at Chain Bar Road Cleckheaton near J26 of the M62. 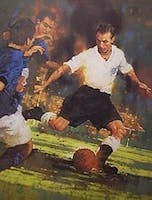 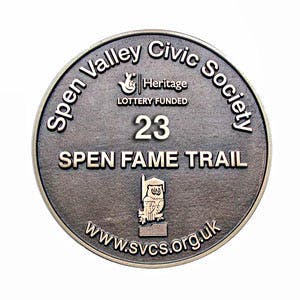