Joah Phelon & Harry Rayner made their first vehicle in 1896, but it was with new partner Richard Moore that Spen Valley's Phelon & Moore marque was born. In 1910 they built Horncastle Mills and from 1914 made motorcycles for the Royal Flying Corps & the RAF, producing thousands of solo and sidecar machines. Their first Panther model in the early 1920's had modest success in the Isle of Man TT Races. The 1930's recession saw their famous "Red Panther" selling for £29.17s.6d. During World War II Phelon & Moore produced aviation components and resumed making motorcycles in 1946. But the advent of the Mini and modern Japanese bikes brought decline until production ceased in 1967.

Panther motorcycles still grace the roads: the Panther Owners Club meets regularly at the Commercial Pub in Cleckheaton, near the P&M factory site, and across Bradford Road from the very first Phelon & Moore factory (pictured). 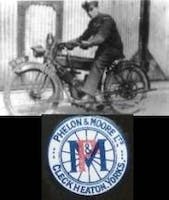 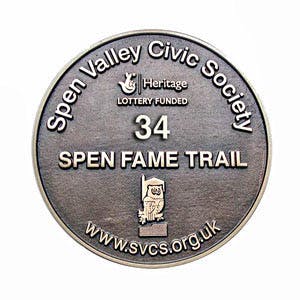