One of Spen Valley's greatest tragedies took place at Wesley Barraclough's Marsh Mills, where woollen flannel was manufactured. In February 1892 the 150ft, 500-ton mill chimney collapsed. It crashed through the roof of the four-storey mill, burying workers under tons of rubble, and killing 15 people. Others were stranded in the upper floors and were helped down by men with ropes.

One hundred years later in 1992 a plaque marking the spot was unveiled. You can see it on the wall of the mill on Dewsbury Road Cleckheaton 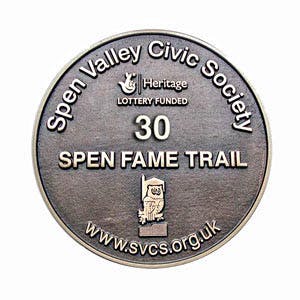