The Old Hall pub in Heckmondwike (Listed Grade II) is Spen Valley's most historic pub. Originally a 16th century yeoman's house, in the 18th century it was the childhood home of Joseph Priestley, eminent scientist, priest, radical thinker and intellectual giant. Joseph Priestley is most famous for his discovery of oxygen. His radical political principles and his pamphlet in support of the French Revolution forced a move to the United States of America where he died in 1804.

In the 19th century the a whole wing of the Old Hall was sliced off by railway engineers making the adjacent railway cutting. In the 20th century the Old Hall fell into dereliction but was rescued, restored and opened as a characterful pub 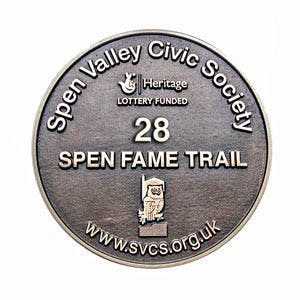