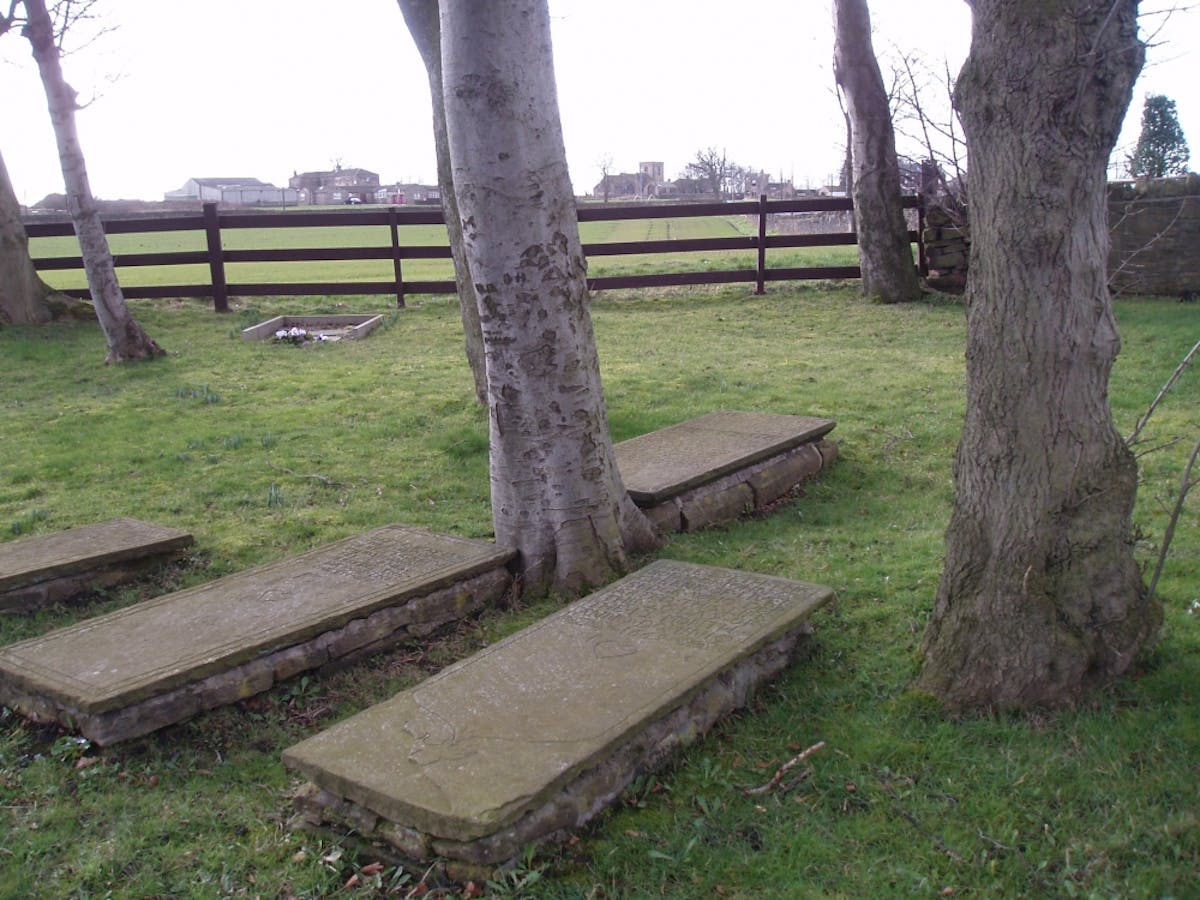 John Greene (1596-1669) came from a well-to-do family of Spen Valley clothiers, but he risked all for his beliefs. He was on the Puritan Parliamentary side in the English Civil War when all his relatives sided with the opposing Royalists. In 1652 George Fox (the Quakers' founder) preached at Hightown and John and his wife Bridget joined the new religion. Quakers refused to swear an oath of allegiance to the king, or to pay tithes to the Church of England. Until the Toleration Act of 1689, Quakers were persecuted, fined and imprisoned, so they met in secret.They were also refused burial in a churchyard, so in 1665 Mr Greene made a family graveyard, the tiny Quaker Sepulchre, on Hare Park Lane. The 4 graves have clear inscriptions. An old Quaker Meeting House (1701) is at the junction of Halifax Rd Hightown and Quaker Lane, and the current Meeting House is on Scholes Lane. 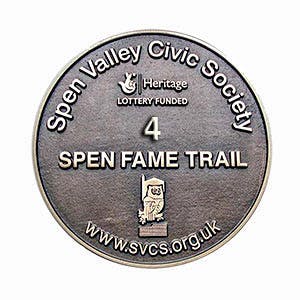