Jeff Butterfield (1929-2004) was a Whitcliffe Mount pupil who played Rugby Union for Cleckheaton RUFC and for England, being captain for one of his 6 years. He won 2 Triple Crowns, 4 Five Nations Championships and 1 Grand Slam. He and team-mates Cliff Morgan & Tony O'Reilly were stars of the British Lions 1955 tour of South Africa.

John Bentley (born 1966) was the first Rugby League player to return to Rugby Union. For his England Union trials at Twickenham he wore his red and white Cleckheaton socks, the only time Cleckheaton's colours have been worn on the "hallowed turf"! John played Union for Cleckheaton and England and was on the British Lions tour of South Africa in 1997. John also  played League for Leeds, Halifax, Balmain Tigers (Australia) and England.

John Bentley (pictured) later returned to Cleckheaton RUFC as director of rugby and his family has a long connection with Cleckheaton Sports Club, of which it is part. 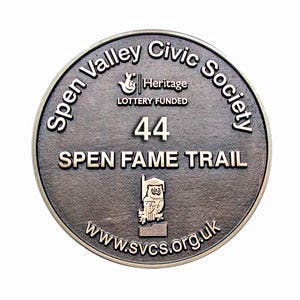