The distinguished writer G K Chesterton visited Heckmondwike many times.  He based his detective book character Father Brown on his friend Father John O Connor, priest at Holy Spirit Church from 1905-1922. Father Paddy Roche was parish priest there from 1963-1977. A keen golfer, he was chaplain to the Ryder Cup Team. He befriended the Apollo astronauts and gave them a blessing which they left on the moon, along with a prayer written by pupils of Holy Spirit School. In return he was given a golf ball which had been to the moon. 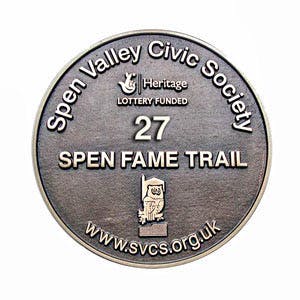