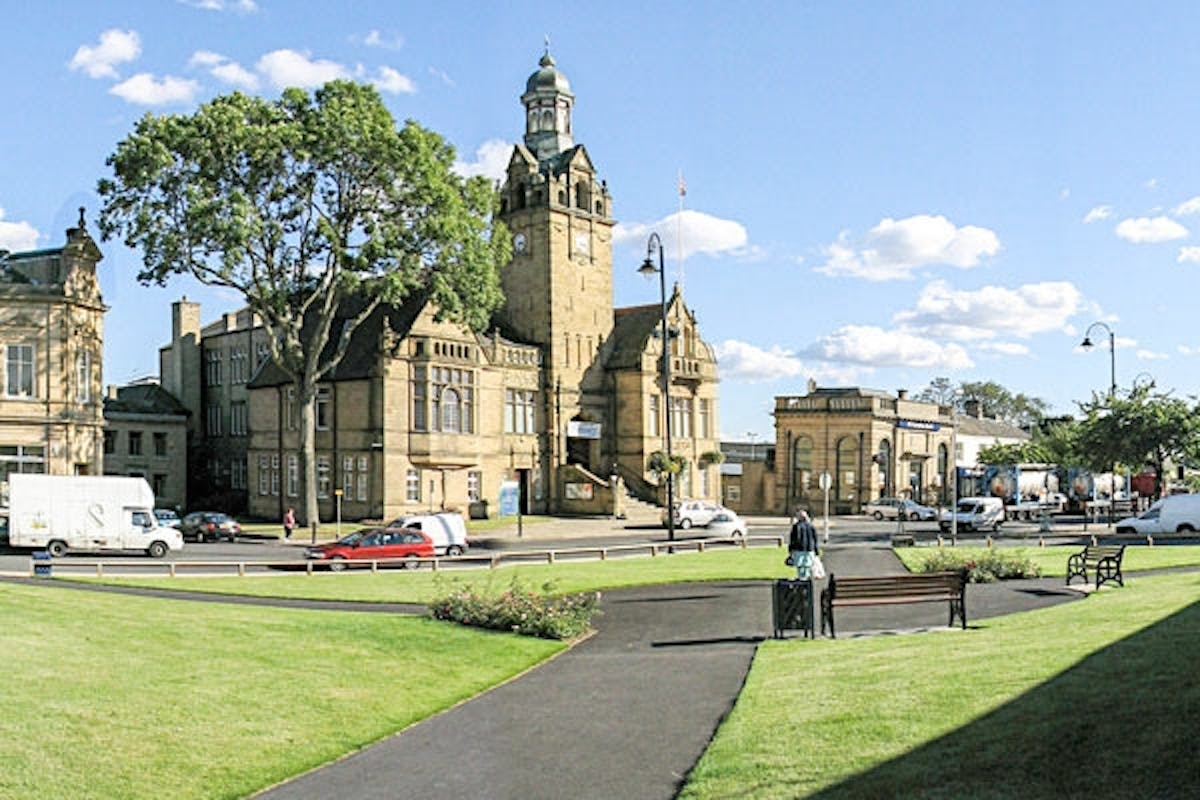 Elymas Wadsworth established worsted spinning at Broomfield Mills, Moorbottom, Cleckheaton and by 1862 he employed over 600 workers. He was Cleckheaton's first representative on the West Riding County Council. In 1887, to commemorate the Golden Wedding of Queen Victoria and Price Albert, it was decided that a Town Hall should be built. Elymas was elected chairman of the building committee and public subscriptions poured in. The foundation stone was laid in June 1890 and the Town Hall (Listed Grade II) was officially opened on 10th February 1892. Elymas had sadly died nine months earlier. See Plaque  41 for his son J Walter Wadsworth and Plaque 39 for his grandson Edward Wadsworth. 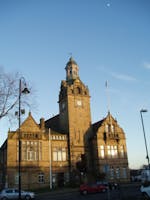 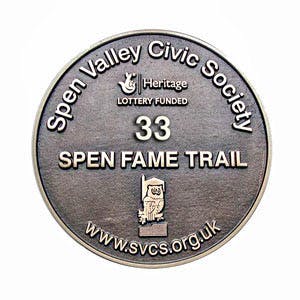