Spen Valley hosted the biggest-ever open air political rally in England, in 1839. On Whit Monday that year, a quarter of a million people gathered at Peep Green Common, between Hightown, Hartshead and Roberttown, in aid of the Chartist movement. They came from all over the West Riding of Yorkshire: for example, 20,000 workers walked from Todmorden led by a brass band. Revolutionary Feargus O'Connor, a fiery speaker from Leeds, whipped up sentiment in support of the People's Charter. This document demanded votes for all and reform of Parliament so that working people would be properly represented. Fearful of revolution, the Government sent spies to mingle with the crowd. 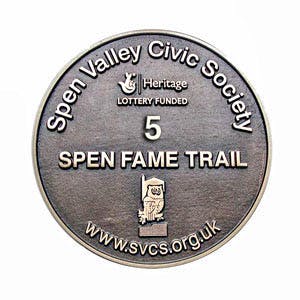