Arthur Wood and The Archers Plaque 16

Arthur Wood and The Archers Plaque 16

Mention The Archers to anyone and you'll be greeted with a rendition of theme tune "Dum di dum di dum di dum".... It's world-famous, but did you know it was composed by a Spen Valley man, Arthur Wood of Heckmondwike? Arthur was born at a tailor's shop near Heckmondwike Green in 1875. His father encouraged him to play the violin, flute and piccolo. Arthur left school aged 12 and found fame as a musician and conductor in London, becoming the Director of Music at Terry's Theatre and chief conductor of the Theatre Royal. The Archers theme tune is Barwick Green from Arthur's composition "My Native Heath". Billy Connolly once said it should replace God Save The Queen as our national anthem! 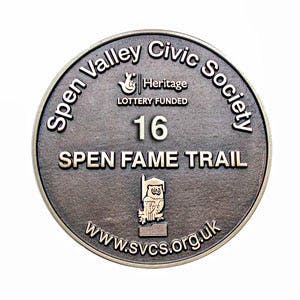